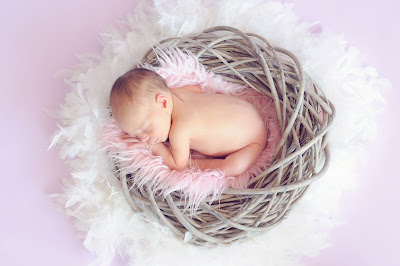 Since the January 22, 1973 ruling by the U.S. Supreme Court on the Rowe v. Wade case, a war has been waged on unborn babies in the United States. For since that controversial decision, over 61 million abortions have been performed - with more than 1700 occurring today alone as you read this.1

It is estimated that, by age 45, 24% of women in the U.S. will have had an abortion.2 To make matters worse the incidence of abortion is particularly high among minorities and the poor. For example, in 2014, the number of abortions per 1000 women, aged 15-44, was 27.1 for black Americans and 18.1 for Hispanics – both groups showing a much higher incidence than that for white, non-Hispanic women, which stood at 10 per 1000. In addition to the targeting of minorities, abortion has also increasingly become the lot of poor women – as seen by the fact that in the same year (2014) 49% of women who sought abortions were poor.3

Of course, numbers alone do not tell the story. For behind each abortion is a woman who in many cases was betrayed, manipulated, or deceived into believing that abortion was her only option.

Certainly, I have my own story to tell. When I was 17, I met the man who was the love of my life and whom I hoped I would marry, have babies and spend the rest of my life with. Just a few weeks after I graduated from high school, I discovered I was pregnant. When my mother found out, she hit the roof and forced me to go to an abortion clinic, threatening me with dire consequences if I did not comply. When I got there, I ran out of the clinic to escape, but was literally dragged back in and an abortion was performed on me. And my life changed forever after that.

Now I, like millions of other women in my country, regret having had an abortion – which is why I stood on the steps of the United States Supreme Court earlier this year to tell a large group of strangers why I regret my abortion and to express my hope that no one else will have to tell their own abortion story years from now.

On my dresser sits a beautiful multi-tone purple glass picture frame. It sits among framed pictures of my children and grandchild. It sits empty.

For no pictures were ever captured of her short life.

Rachel Charlotte would be 39 years old next month, had she lived.

She has three living brothers and one living sister. They are a doctor, a biologist, a city planner and a computer engineer.

Which career path would Rachel Charlotte have pursued, had her life not been taken while still in the womb?

I never heard her cry. I never felt her soft skin. I never sang her a lullaby. I never held my baby.

Would she have had the ivory white tone of me, her mother, or the warm olive skin of her father?

Were her eyes green or brown? Was her hair, curly or straight?

Would she be married by now?

How many babies would she have by now, had she not been aborted?

Would she be clever, pitch a softball, shoot a ‘three- pointer’, run for miles, or walk a runway?

Would she be a Kansas City Chief’s fan and wear the Royal’s blue?

She would of course have been raised Catholic and I would like to think that she would have embraced her faith with great enthusiasm.

Sadly, I never heard her cry. I never felt her soft skin. I never sang her a lullaby. I never held my baby.

After all these years, I still tear up when I think of all that was not.

She was not captured in a photograph, yet there is at least one seized memory that I cherish.

I remember that she did not like the smell at the meat counter. She turned in my tummy each time we walked by it. It goes without saying that, after all these years, I am reminded of her as I approach the meat section in the grocery store.

She lived only a short few weeks.

She was mine for only a moment.

Rachel Charlotte Koehn, I miss you

And that is why I am silent no more.

3. Guttmacher Institute. “Abortion Is a Common Experience for U.S. Women, Despite Dramatic Declines in Rates”. Retrieved from: https://www.guttmacher.org/news-release/2017/abortion-common-experience-us-women-despite-dramatic-declines-rates