Home � culture , feature , Malvern � The Intellectual Journey of a Gentle Revolutionary: Michael Behe and the Case for Intelligent Design

The Intellectual Journey of a Gentle Revolutionary: Michael Behe and the Case for Intelligent Design 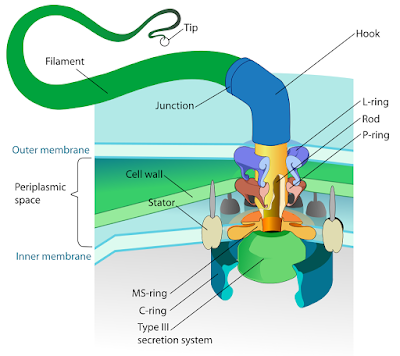 As with most revolutions, the scientific revolution has gone through all of the usual stages seen in movements for radical change. Bursting on the intellectual scene in 1543 with the publication of Nicolaus Copernicus's treatise, On the Revolutions of the Heavenly Spheres, it grew in influence in the 18th century, contributing in no small way to the intellectual ferment of the Enlightenment. By the 20th century it had come to be viewed as the “go-to” explanation for pretty much everything. Sadly, as with all revolutions, it has slowly lost its original novelty and iconoclasm, causing some to worry that it may be in the early stages of becoming a secular religion – one with its very own creation story, pantheon of heroes and saints, core beliefs which must be embraced without question, and powerful sanctions to be used in punishing those heretics who depart from the One True Faith.

One key element in this new ‘religion in the making’ is Darwin’s theory of evolution which states that life as we know it on Planet Earth is largely the result of random mutation and the genetic consequences of ‘the survival of the fittest’.

Up until recently, Darwin’s theory has been regarded as ‘settled science’ (an obvious oxymoron given that refutability is a key element in the scientific method). And those who have refused to embrace this new orthodoxy have been scorned, ridiculed and marginalized – a task made easier by the fact that many of those objecting to Darwin’s theory were religiously inspired individuals who possessed little or no scientific training.

In recent years much has changed - with some critiques of Darwinian evolution now emanating from academics and researchers with impressive scientific qualifications. One such individual is Michael Behe, Professor of Biochemistry at Lehigh University, Senior Fellow at the Discovery Institute, and the author of a number of critically acclaimed books that question Darwinian orthodoxy and offer intelligent design as a possible explanation for phenomena evolutionary theory is hard pressed to explain.

As with so many new ideas in science, the starting point for Professor Behe was a seemingly arcane question – namely, how to explain the incredible complexity of the flagella in bacteria (the whip-like structures that propel them). After much study he concluded that evolutionary theory could not by itself explain this complexity – which drove him to consider other alternative explanations such as the possibility that intelligent design might have played a role in this phenomenon. Thus began an intellectual journey for Professor Behe which has propelled this gentle revolutionary into the media limelight and subjected him to sustained and highly personal attacks on him and his work by many in the academic and scientific establishment.

For more information on this unassuming scientific revolutionary and his ground-breaking ideas, have a look at the video on this page. And for more insights on intelligent design and the work of Behe and other intellectuals in this area, check out the links below which will help you to get started in exploring this fascinating area of study.