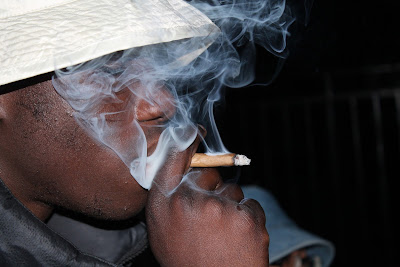 What if I told you that I had a new product that I knew would make tons of money but there were just a few health risks? What would you say?

If you cared about your fellow citizen, you would likely ask, “What are the risks?” My product will make tons of money for me and the tax revenues will be enormous. But there is a link between my product to addictions and damage to brain development among youth.

“Okay,” you say. “Let’s limit your product to adults.”

Yeah, that should work.

“Are there other risks?”

As a reasonable person, you might reply: “You’re starting to worry me. Has anyone else looked at your product?”

The World Health Organization offered a small critique. But I’m telling you it will make tons of money.

“What does the World Health Organization say?”

My product will impair the user’s learning capabilities and memory, such as free recall of things you already learned. The product also impairs motor coordination and once you take my product you might have the affects of the impairment for up to 24 hours. If you use my product long-term it could lead to greater impairment. In fact, you might not recover from that impairment and it could affect how you function in daily life.

Are you kidding? According to the United Nations, Canadian youth are the most frequent users in the developed world. My product is new because it would be legal.

“So, it’s Illegal now? But if legalized you will make a lot of money. Is there anything else I should know?”

Canada’s police chiefs have said that if we legalize my product – which would make tons of money, by the way – crime would go up because of the need for cash to buy my product and there would be an increase in car accidents.

“So, like sniffing model airplane glue, your product can permanently tinker with one’s brain, inspire breaking and entering and now you’re telling me I am going to get a call in the middle the night saying that your product killed my aunt Jane on the Hwy 7.”

Think about it. It is going to make me tons of money, lots of tax dollars for the government and there’s demand for it.

“Why on earth is there demand for this sh--?”

It helps people relax and you only need one of my product to suspend reality for hours.

“Only buy one and you can’t drive?”

“You mean it makes people lazy and forget their responsibilities?”

It’s a nice product. You can make cookies out of it and candy in shapes of animals.

“And give them to children? You’ve just shut down Halloween.”

No one would give them to children.

With proper education risks can be minimized.

My product will be regulated by the way and will make some people tons of money. I’m telling you that our youth want it.

“Would you encourage your teenage son to buy your product?”

“That’s not what I asked. I don’t think you’re being truthful.”

Well, that’s your truth. My truth is that it will make tons of money. Our youth want it. So do adults and it will be legal on Oct. 17.