A homily on sexual abuse 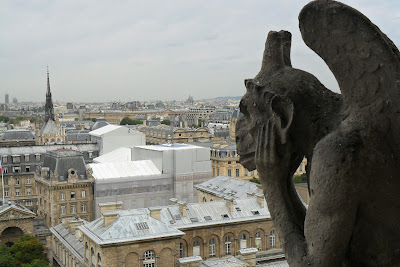 I must confess that the topic I will speak on today makes me uncomfortable. I suspect it must make you uncomfortable as well to hear me speak about it. For I want to address the scandal that continues to rock our Church: reports of clergy who sexually abused minors.

We have all been reeling this last month with the revelation that former Cardinal Archbishop Theodore McCarrick sexually abused a minor and later seminarians and priests; that fellow bishops knew about it but did nothing; and that it did not even prevent his being promoted.

We have also heard about a Grand Jury Report in Pennsylvania which found that over a period of seventy years 301 priests, deacons and religious in six dioceses were accused of abusing over 1,000 minors (by “minors” they mean anyone under the age of 18).

And most recently (and locally) we have heard again about Fr. Barry McGrory, who claims that he admitted to former Archbishop Joseph-Aurèle Plourde that he was sexually addicted, attracted to adolescent boys and girls, and asked for help. Instead, he says, he was transferred to Toronto to head an organization that supported the northern missions – only to be convicted in 1993 of sexually assaulting a 17-year old Native boy. There are at least five other persons who have accused him of abuse in incidences that go back to the 1960s and 1970s.

First, I want to extend my deepest sorrow and apologies to the victims of the sexual abuse that has occurred in the Church; to them and their family members who suffer with them. My heart goes out to you. Such abuse can destroy faith, can destroy lives. Their suffering needs to be addressed. They need to be heard. Justice needs to be done.

My heart also goes out to all of you, dear parishioners, who have probably had your own faith tested by these continuing revelations and who may have to deal with family, friends or colleagues who challenge or ridicule your fidelity to the Church in the light of this scandal. It makes it harder to be joyous or proud to be Catholic.

I also sympathize with innocent clergy who are now viewed with suspicion and even maligned for things of which they had no part.

Like you I get frustrated, ashamed, and angry that this abuse has occurred and that for decades those to whom many victims turned, the leaders of the Church, our shepherds, frequently failed to deal adequately with the problem, have not infrequently protected the perpetrators, or sometimes been perpetrators themselves.

As Archbishop Terrence Prendergast recently said: “The scandal affects us all…. How can this not upset us? It involves a betrayal of trust and it wounds the hearts of Christians everywhere who hear the pain of the victims and question the integrity of the enablers who did not intervene.”

This whole scandal seriously undermines the sacred mission of the Church, entrusted to Her by Christ Himself, to proclaim the Gospel to the entire world and to sanctify souls. For although priests and bishops are merely human beings (and the Church is bigger than just them), nonetheless they have a God-given authority and mission, are the public face of the Church, and are meant to be, in the words of St Paul, “ambassadors for Christ.”

A bit of history. The revelations of clerical sexual abuse first came to public attention in the United States back in the mid-1980s, most notably with the case of a Louisiana priest who pled guilty to 11 counts of molestation of boys. But it began to encompass the entire American Church after the Boston Globe published its famous 2002 expose.

As revelations of clerical sexual abuse surfaced across the nation, the USCCB commissioned an independent study by the John Jay College of Criminal Justice as to the nature and scope of the problem. In 2004 the John Jay Report was released. It is the most comprehensive study on child sexual abuse of any major organization ever conducted. The Report found that 11,000 allegations of sexual abuse of a minor (that is to say, someone under 18 years of age) had been made against 4,400 priests and deacons serving in the US between 1950 and 2002. That was about 4% of all clergy in the US during that period. Shockingly, 149 priests were responsible for almost 27% of all the allegations!

Of the more than 4,000 substantiated victims that the John Jay Report investigated, 19% were female and 81% were male. Of the male victims 77% were between the ages of 11 and 17, 13% were 10 years of age or younger. On average female victims tended to be younger than the male victims.

The vast majority of the abuse cases found in the John Jay Report occurred from the mid-1960's to the mid-1980's. They peaked in the 1970’s and then began to decline. By the 1990’s the reported incidents of abuse were back to 1950’s levels.

In Canada the scandal erupted in 1988 with allegations of widespread physical and sexual abuse of children at Mount Cashel Orphanage in St. John’s, Newfoundland, run by the Congregation of Christian Brothers. The next year similar allegations were made against another facility run by the Christian Brothers: St. Joseph's Training School for boys in Alfred, Ontario, in the Archdiocese of Ottawa. Soon allegations against individual priests of the Ottawa Archdiocese began to surface. In all eleven priests of the Archdiocese have been accused and seven convicted of sexual abuse against minors.

Since then clerical abuse scandals have arisen in many other countries; notably Ireland, Australia and Chile.

I wish I could say we are over the worst of this whole tragic episode. I don’t know, but I doubt it. Other American states will likely follow suit with Pennsylvania in setting up their own Grand Jury Investigations. Maybe similar type investigations will commence here in Canada? Other nations have still to begin, or to dig more deeply, into this whole matter. I think we will be hearing more about abuse scandals in the future.

While such a prospect is very troubling, I believe it also very good. Why? Because these things happened in the dark, they receive their power from the dark, and will continue as long as they remain hidden in the dark. But the light exposes them and ends their power. The light is stronger than the darkness. So, we must bring this evil to the light so that it may be faced and destroyed, and Jesus may heal.

I also think it is very good because all this can lead to a purification of the Church. It is a means by which Christ can cleanse His Temple, wash clean His Bride, and make Her beautiful once more. But it will not be pleasant thing to go through. The Resurrection will only happen after the Crucifixion.

And as this purification occurs many good Catholics may be tempted to give up in despair and disgust. It is understandable. But what should we do? We should look to Jesus and make the words of St. Peter our own: “Lord, to whom shall we go, you have the words of eternal life.”

I firmly believe that Jesus Christ founded the Catholic Church, founded it to bring His revelation and His salvation to the world. The Church is His Kingdom on earth. He is the sower, it is His Field. There may be weeds in the field planted by the Enemy but there is also a great deal of wheat. There is more goodness in the Church than evil.

This is a time of trial for all Catholics. The Church may become weaker and smaller but it is the Body of Christ. It cannot be destroyed, it will survive.

So, in this ongoing time of trial each one of us must make a conscious decision. A decision much like the one the Apostles had to make when Christ was suffering His Passion: were they going to remain faithful to Christ all the way up to Calvary or were they going to run away? You and I now have to make that same decision: stay or flee. Are we going to persevere with our fellow practicing Catholics through this long Good Friday? Or are we going to leave?

What has happened and what is happening is horrific, tragic and disgusting, but the Church is not the only place where such things happen. They happen in many secular institutions too but are little reported because still largely hidden in the dark.

St. Peter speaks to this in his First Letter: “For it is time for judgment to begin at the household of God; and if it begins with us, what will be the outcome for those who do not obey the gospel of God?” (1 Pt 4:17). This cleansing is only starting with the Church - because the Church desperately needs to be cleansed.

So, this is not a time to fall into despair. It is not something we should run away from. We need to remain faithful. We need to continue to pray, to fast, and to gather together. We are going to go through some hard times but we have the promise of resurrection.