Tolerance: Sympathy for the Devil 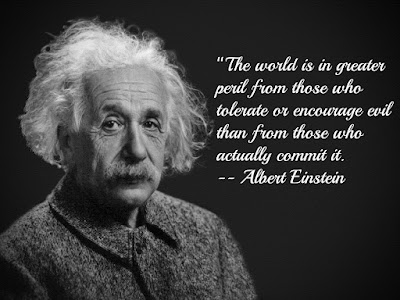 Continued from my previous article, Objective Truth is the New Hate Speech, tolerance is the second of four "Cardinal Virtues of Secularism" discussed here.

Generically tolerance is the disposition to permit the existence of beliefs, practices or habits differing from one’s own. It is a requirement for people of radically differing views to peacefully coexist. Why should we tolerate those whom we consider mistaken? Arguments presented for toleration include the fallibility of our ideas and beliefs, the impossibility of coercing genuine religious or moral assent, respect for autonomy, the danger of civil strife, and the value of diversity.

Tolerance, in relation to matters of truth and morality, is a very much misunderstood and misapplied concept today. Fulton Sheen once explained the role tolerance plays in these areas:

In other words one may tolerate an evil but must promote what is good; one may tolerate an error but must promote what is true. Further, one tolerates evil only in such circumstances as it is the morally just thing to do, in order to prevent a worse evil, not on account of the matter tolerated. Perhaps if we took a cue from Bishop Sheen and used the English word “forbearance” rather than the Latin “tolerance” we could keep distinctions a little clearer.

Let us examine some further distinctions.

Open-mindedness is not the refusal to judge ideas but the refusal to pre-judge them. It is to give an idea a fair hearing. It refuses to reject ideas without good reason.

But it implies a fixed, objective standard of truth and morality. Otherwise one would have no measure with which to objectively judge an idea. Without a fixed standard one would simply be judging by subjective preference, prejudice or whim.

True open-mindedness implies a choice to engage in the lives & ideas of others. It involves effort and thoughtful consideration. It prevents my making arbitrary judgments about others that rule out the possibility of learning from them.

“Merely having an open mind is nothing” observed G.K. Chesterton, “the object of opening the mind, as of opening the mouth, is to shut it again on something solid.” In the case of the mouth, nutritious food for the health of the body; in the case of the mind, truth for the health of the intellect. Arguing for open-mindedness for open-mindedness sake is like arguing for open-mouthedness for open-mouthedness sake.

Philosopher Floyd F. Centore spoke of the contemporary desire to identify “tolerance” with an “open-mindedness” that does not make any judgments or refuses to take a firm stand.


“Toleration no longer means strongly holding a firm position, but not using force to impose it on others; it now means a universal indifference to all objective standards. In fact, contrary to the unofficial state religion [i.e. secularism], only dogmatic people can be tolerant. People who can't or won't strongly hold firm positions lose the option of being tolerant. The most they can be is indifferent. Yet this indifference is now taken as the standard of proper behavior, and as the modern, orthodox definition of toleration.” --(“Will the Truly Prejudice Person Please Stand Up! An Essay in Social Philosophy", 1991).

Great minds have noted this before: G. K. Chesterton said of this type of “tolerance” that it "is the virtue of the man without convictions." And even novelist and homosexual W. Somerset Maugham could concur: "Tolerance is another name for indifference."

In fact many people who think themselves tolerant are actually very close-minded, even bigoted. They are not relativists about the absolute rightness of their own views and are intolerant of opposing ones. This is aptly brought out in William Watkins’ book, The New Absolutes (pp. 36-7):


"From all appearances, relativism has won the battle over absolutism. All that seems left to do is to carry out some mop-up operations to purge any stubborn absolutists from positions of power while marginalizing and converting the few remaining believers in absolute truth.

If this is true, if it is an accurate depiction of contemporary America, then we should see clear, undeniable signs of its presence nationwide. The problem is, we do not. What we see is the opposite of what we would rightly expect to find. The behavior of Americans betrays their real commitments, and relativism is not one of them. We can see this in a variety of areas.

The foundational virtue of relativism is what I call the new tolerance....The new tolerance is a natural corollary of the relativistic perspective. Since all truth and morals are up for grabs, the relativist must be a person committed to living out the new tolerance. This means she must be broad-minded, open to other beliefs, claims to truth, moral convictions, and different lifestyles. The tolerant person must make room for others to do as they wish, even if their behavior contradicts or even mocks her own. The authentic relativist would not become upset when facing opposition to her views, and she would never try to push her personal convictions on other people. Declaring anything right or wrong, true or false for anyone but herself would be unacceptable – dare I say, a moral evil? Everyone must be left to live as they see fit. Live and let live – that is the summary maxim of the new virtue of tolerance.

Is this live-and-let-live attitude characteristic of contemporary America? Not at all. In fact, the very groups that claim to be advocates of the new tolerance are not. The political correctness movement seeks to squelch what various groups view as offensive language, behavior, and perspectives. Multiculturalists seem bent on upholding the beliefs and practices of every other culture except those commended by Western civilization. Secularists are determined to keep religious expression out of the public arena. Pro-abortion and same-sex rights activists march on city halls, run for political office, and lobby to change or enact laws in order to gain legal and social sanction for their personal views." -- William Watkins

“‘Anti-discrimination’ has become the excuse for active discrimination against Catholics and others whose moral convictions ill-fit the relativist-secularist opinion mainstream.” -- George Weigel


Who Are You To Judge Others?

When then U.S. Vice President Dan Quayle said that T.V. character Murphy Brown giving birth to an illegitimate child was not a good role model for youth he was severely ridiculed as being judgmental and arrogant. How dare he tell others how to live!

Many critics of Christian moral positions quote against believers in Christ's own words:

They interpret these words to mean Christians who morally evaluate other people's behaviour are being disobedient to Christ! Yet, their interpretation easily falls apart on examination. For Jesus Himself directs His disciples to make judgments:

Theologians have long interpreted Christ's criticism of judgmentalness as applying to those who make rash judgments of others or claim to know the state of the other’s soul before God (which only God Himself can truly know). Wrong judgment, then, would be to morally evaluate someone according to subjective standards or claiming to know his spiritual state. Right judgment is to morally evaluate a person's actions or expressed attitudes according to an objective standard.

Those who criticize Christian "judgmentalism" act just as arrogantly and judgmentally as those they accuse. If a Christian is denounced for being judgmental he can respond that his accuser is judging him!

There is always an obligation to pass judgment on the moral nature of one’s own actions, before performing them and afterwards. If we are going to act with conscience and knowledge all of our actions have to be preceded by a judgment even if it takes only a second. Only then can we determine whether a particular action is permissible to do. What we need in order to properly evaluate our actions is an external, objective moral standard. Otherwise we become a law unto ourselves. If that standard is simply what is acceptable in our society, it tells us nothing as to whether the society itself is condoning evil (e.g. human sacrifice, slavery, torture, abortion, racism, etc.). We need an objective moral standard based on something higher than mere social convention. What is higher than individuals or society? Our shared human nature and God. Reflecting rationally on our shared human nature – what it is, what type of actions perfect it, and what type of actions distort or disorder it – gives us a natural moral law by which we can objectively judge our own actions as well as those of others. God can also reveal the moral order that He has written into the heart of man. Since our human nature has its source in God His revelation would not contradict the natural moral law, only give us greater clarity and certainty in determining it.

Since we are not judging behaviour based on our own personal preferences or whims but by an objective standard it can be said that the standard itself is the judge, not us. We are simply its applicants. And since it is an objective moral standard it judges not only other people’s actions but our own as well. It is a universal standard based on our shared human nature. Failing to live up to that moral standard even though one propounds it does not, therefore, destroy or disprove it nor is it necessarily hypocritical. Rather it would be hypocritical to mold standards simply to suit oneself or deny standards solely because they condemn one’s own actions. With natural law we are not inventing moral standards but discovering them and recognizing their binding force even when we fail to live up to them.


“Four things belong to a judge: To hear courteously, to answer wisely, to consider soberly, and to decide impartially.” -- Socrates

“In England the judges wear wigs in court, to show that it is the law which is passing judgment, and not their own personal views. This is done in recognition of the truth all men suspect – that there is something impudent in allowing even the wisest among us to engage in pigeonholing our friends or cataloging our enemies.” -- Fulton Sheen