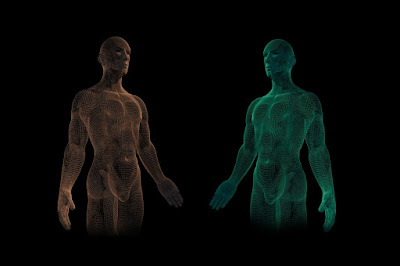 Continued from my previous article, Objective Truth is the New Hate Speech, equality is the third of four "Cardinal Virtues of Secularism" discussed here.

Belief in the equality of all human beings is one of the foundational principles of modern Western democracy. This is manifested in equality before the law and in the rights to which one can lay claim. Translation of this equality into a sense of civic duty and general applicability took time. Thus the suffragette movement of the early 1900s and the black civil rights movement of the 1950-60s.

Frank Sheed, in Society and Sanity, points out what is obvious but largely forgotten by the average naïve Westerner: “…the human race had no habit of seeing men as valuable simply by being men…. At first view, men do not look so very valuable – there are so many of us, and we are such a mess.”

Sheed goes on to note that “even as great a philosopher as Aristotle could think it proper for some men to be slaves and relegate them to a position not so very different from that of animals. Plato criticized the owner who was cruel to his slaves – on the grounds that the correct attitude was contempt. Politically and militarily dominant peoples did not think twice about disposing of other peoples as they wished, including enslavement, and even treated some of their own in similar manner.” (p. 40)

A change of attitude began to gradually take place in the West because, according to Sheed, “Christianity kept steadily hammering at the truth that no matter what a man looked like, he was the image of God, he had an immortal spirit, Christ died for him: every man was not only an object of value, but of eternal value….
“This is, I say, the only view of man that makes man an object of respect. Indeed, it makes him an object of reverence. And man must be that or the social order will be inhuman; for men have shown only too clearly that what they do not reverence, they will profane. If they do not reverence man, they will profane man. They will profane other men, they will profane themselves. This is the profanity to which men are almost incurably addicted. You will not cure it by urging them to cease, but by giving them a reason for reverence.” (p. 40)

The problem, he observes, is that “clearly, men are not equal – not all men, not any two men – in any single human attribute. Men are not equally good or equally clever or equally handsome or equally industrious. What then does the phrase mean? Is it a pure legal fiction? Does it mean only that the law will not weight the scales against any man in favour of another man? If it is only a fiction, it will not survive. If we solemnly pretend that men are equal when we know they are not, a moment will come when the pretence will wear too thin.
“The phrase has, of course, a meaning. The trouble is that too often the meaning has no meaning. It means that although men are unequal in all individual attributes, they are all equally men. I say that this meaning too often has no meaning: for it depends upon what we mean by being a man, which most people do not know or even ask. Is the fact of being a man, in which all men are equal, as important as the attributes in which men are unequal?…Does the fact of being a man, in which all are alike, outweigh the difference between genius and stupidity, energy and indolence?” Sheed answers, “Only if man matters. In the Christian view, being a man is itself so vast a thing, that the natural inequalities from one to the next are a trifle by comparison. In the Christian view, but in no other.” (p. 41)

Rightly understood the concept of equality means that all men are created equal in substance and as such they have certain inalienable rights given them by their Creator. But they are not equal, more properly one might say they are different, according to their accidental traits of talent, strength, intelligence, etc. True justice therefore requires that the equal dignity of all human beings, as human beings, be recognized but that individuals also be treated in accordance with their accidental differences.

Today the governments and courts of the West are prejudicing “rights” in favour of certain groups, or calling special privileges “rights” and bestowing them as they see fit – revealing that they are no longer cognizant or respectful of the nature of rights (because no longer cognizant of the nature of man). Dispensing “rights” in such a manner is to treat them as legal fictions. This is what the state is doing in redefining marriage (i.e. “common law” and “same-sex”) and in redefining human life (e.g. with abortion, euthanasia, and fetal experimentation). It will have profound consequences when genetic engineering makes the development and manipulation of human life possible and profitable.