The constitutional case for restricting abortion in Canada 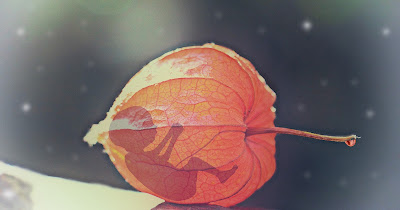 A Quebec woman deplores the fact that the McGill University Health Centre (MUHC) in Montreal, obliged her to travel to the United States, sometime in 2016, by referring her there for the abortion of her twenty-seven week preborn child, as permanent impediments prevented her from travelling abroad.

In the end, the woman obtained the abortion somewhere in Quebec, sometime in 2016, but only, she claims, with the assistance of renowned patient rights advocate Mr. Jean-Pierre Ménard.

Since then, Mr. Ménard wrote to the Quebec College of Physicians asking them to review their abortion guidelines so as to allow for the practice of all abortions in Quebec, without restriction.

Mr. Ménard deplores, in his letter, that establishments avail themselves of the power to refuse abortions, and likens them to hospital therapeutic abortion committees, which were declared unconstitutional.

In the 1988 Morgentaler Decision, the Supreme Court of Canada declared hospital therapeutic abortion committees unconstitutional, that is true. The reason given, however, was that the latter lead to late-term abortion, deemed a threat to women’s security. So any instance that takes into consideration the risks involved with late-term abortion for the woman is directly in accord with the spirit of the Morgentaler Decision.

What is at issue here is patients’ right to informed consent: the patient has the right to know if a procedure will constitute a threat to their health or life. Also at issue is the right, and duty, of caregivers to refuse treatment if the latter calculate that a procedure will be harmful to their patient. (No mention here of caregivers’ right to objection of conscience, on moral grounds with regards to the preborn child, a right that we will leave outside the present debate.)

Is there a right to abortion in Canada?

The Supreme Court of Canada was never presented with the question of the existence or institution of a right to abortion, although, in the Morgentaler Decision, two out of the seven judges claimed that no right to abortion exists, one acknowledges such a right, another is ambiguous, and the three others do not address the issue, which is normal as the question is not asked.

In Canada, abortion is decriminalized. With Sections 223 and 238 of the Criminal code, the only people who are indictable of a criminal offence are:
With late-term abortion, this poses a problem in that whatever the method used, live births are not inevitable (and in fact are on the increase, see sources), and some of these children might have sustained some harm from the abortion attempt but may not otherwise be dying per se. How then to dispose of the child? Methods have been devised under the auspices of “palliative care” that can, however, be likened to newborn homicide by neglect to provide the basic necessities of life (food, water, heat, air, etc.).

Decriminalization of abortion started in 1969, with the Omnibus Bill, which allowed abortion in hospitals only, and only to save the life or health of the woman. Then, with the Morgentaler Decision of 1988, private clinics won their cause and abortion was no longer limited to hospitals.

This did not have the effect of opening the door to abortion on demand (for any reason and at any time during pregnancy), as the Supreme Court, in the Morgentaler Decision, also decreed that it was indeed constitutional for both the federal government and “the provinces” to manage the practice of abortion and access to abortion (not the “right” to abortion) according to factors deemed relevant, including, said the Court, “State interest in protecting the preborn child at some point in pregnancy”.

So, provincial medical colleges in conjunction with their national counterparts, have developed abortion guidelines taking into account certain factors. These factors are not specified but it is possible to assume that they may include risks for the woman as well as the risk of having to deal with a live birth.

The abortion on demand that is demanded is not a constitutional reality. Nothing obligates a caregiver, or an institution, to provide treatment they deem counter-indicated. Nothing obligates a caregiver to bow to the arbitrary decision of health care plans to treat abortion as always medically necessary, as the very law that regulates these health plans, i.e. the Canada Health Act and its provincial counterparts, stipulates that it is incumbent upon physicians and their colleges to determine what is medically necessary.

The Daigle Decision of 1989, for its part, decrees that no one can stop a woman from requesting an abortion based on the right to life of a preborn child. The right to life of the preborn child as a “human being” claimed under the Civil Code of Quebec and the Quebec Charter of Human Rights and Freedoms is rejected by the Court, and the Court adds that it would be very difficult to prove such a right exists under Common Law, in the rest of Canada, because of legal precedents against it, but that this does not invalidate the openness of the Court to a State interest in protecting the preborn child at some point in pregnancy, as the Court had expressed in the Morgentaler Decision.

The Daigle Decision is not synonymous with a right to demand abortion. The possibility that a woman requests an abortion without interference does not cancel out her right, either, to informed consent (knowing whether the procedure will threaten her security) nor does it cancel out the right, and duty, of caregivers to refuse a procedure if it is medically counter-indicated.

As the Supreme Court of Canada decreed in its Morgentaler Decision, and as Mr. Henri Morgentaler himself describes in his 1982 book Abortion and Contraception (must reading for anyone still not convinced that abortion is the ultimate form of violence against women), the risks and consequences of legally-induced abortion increase exponentially with each week of gestation.

To arbitrarily declare, as do the provincial health insurance plans, all abortions “medically necessary” (or medically indicated), is contrary to the right to security of the woman as well as to the her right to informed consent, and also contrary to the Canada Health Act, which devolves the duty to determine what is medically necessary to physicians and their instances of collegiality, and not to the provincial health insurance plans.

This systematic usurpation of medical authority on the part of provincial health insurance plans leads to the impression of a right to abortion in Canada. There is no right to abortion in Canada. Ethics committees and abortion guidelines do not transgress any right, and are not only constitutional, but represent a professional necessity and duty to allow for the exercise of women’s right to security and informed consent.

What needs to be done today with regards to the late-term abortion issue at hand is for genetics counselling programs for all pregnant women (the major source of late-term abortion) to be abolished because of:
If these programs are not abolished, then, in accordance to the right to informed consent, they should include a reference to:
Finally, to open up on a whole other discussion: to declare abortion in early pregnancy “relatively safe”, one cannot, as have all courts and legislatures in the world having studied the issue, rely on official abortion morbidity and mortality statistics, which both Statistics Canada and the World Health Organization deem “not representative of reality”, due to an array of factors. See my three research reports on the matter at www.supremecourtabortion.ca.

I say this in all humility but it is important for people to understand: No one has ever before unearthed this statistical subterfuge of world-wide proportions and ramifications. It needs to be milked for all it’s worth. In my mind, this is gold. Please help with my fundraiser to have the press release at www.supremecourtabortion.ca wired to all Canadian media. A total of $1,985 plus tax is required. Cheques can be made out to “Vivere Publications” and mailed to the organization at 15, rue Principale Nord, Montcerf-Lytton, Quebec, J0W 1N0. This is urgent and very timely with regards to current events. Thank you for your interest and support. Will keep donors updated!

The Case of the Refused Late-Term Abortion

Le Devoir, December 22, 2016, « Les avortements tardifs doivent pouvoir être faits ici, dit le CSF », (Late-term abortions must be done here, says CSF), Amélie Daoust-Boisvert
http://www.ledevoir.com/societe/sante/487612/avortements-tardifs
“CSF” = Conseil du statut de la femme : a Quebec government institution that does not seem to have an official name in English, so we will freely translate it as “Council on the Status of Women”.