Home � life issues , McCauley � City with no children in it

City with no children in it 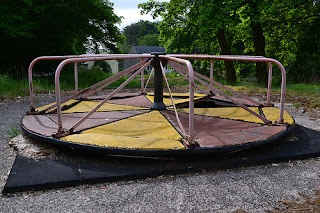 "I feel like I've been living in
A city with no children in it
A garden left for ruin
By a millionaire inside of a private prison."

So sings Win Butler of Arcade Fire from their Grammy-winning album, The Suburbs. Looking back, it captures my feelings exactly the day I returned to Canada after a two-month mission trip to El Salvador in 2001, one of total immersion in the country's language, culture and people.

I arrived back in the evening at St. Augustine's Seminary in Toronto, an oasis of peace on the bluffs overlooking Lake Ontario. I awoke to a tranquil morning but soon felt discombobulated and out of my element -- a sign of culture shock, perhaps? The interior tremor of withdrawal symptoms? Later that day I went for a walk in the familiar, surrounding suburban neighborhood. It was too quiet -- eerily quiet -- reminiscent of the beginning of an X-files episode. A visceral and instinctive reaction was stirring and surging within me, as I kept thinking, "Something is wrong here, very wrong!" But what was it? Then something like scales fell from my eyes as I blurted out, "Where have all the children gone?" The streets were admirably clean and green, but vacant and lifeless, without children playing in them.

Anyone who has been transplanted for a time to a country in the global south has experienced the sensory inundation of another world, with the fortunate side-effect of extricating our minds from the matrix of constructed reality of North American culture. An atmosphere of sweltering heat incubates a profusion of life even out of poverty: a richly laden mango tree overshadows a tin shack where a young mother tends an outdoor cooking fire, while her little girl balances an oversized bowl of soaked corn on her head, to be ground at the miller's; two neighbours engage in a loud, animated discussion; an overpacked microbus painted with Bible quotes rattles by the road-side coconut vendors; on a dusty side road strewn with garbage, a gang of boys, proudly hoisting a scarred and tattered ball, improvise a soccer game. Actually, there are children everywhere.

The compelling and unforgettable movie Children of Men visualizes the nightmare of a world without children, beginning with the premise that all women on earth have mysteriously become infertile. So many scenes are seared into my memory. In one, the main characters pass through an abandoned elementary school slowly reverting to the wild, with vines spreading on the inside walls, a stray deer in the hallway, and classrooms strewn with overturned desks and scattered junk; through the broken windows can be seen a lonely, rusted swingset in the school yard. One of the characters, a former midwife, comments, "As the sound of the playgrounds faded, the despair set in. Very odd what happens in a world without children's voices."

"Daughters of Jerusalem, do not weep for me, but for yourselves and your children. For days are coming when people will say, 'Blessed are the barren, the wombs that never bore and the breasts that never nursed.'" Jesus uttered this prophecy to the weeping women, as He stumbled through the streets of Jerusalem under the weight of the Cross. Most likely He was alluding to both the end times and the destruction of Jerusalem in 70 A.D. Understandably, in a time of disaster, one might prefer not to raise children. That so many people choose not to have children at all is ipso facto a sign of disaster. According to words of Christ, what many in our culture consider a lifestyle choice is in actual fact a catastrophe similar to the end of the world.

The ultimately hopeful vision of Children of Men emerges in a haunting and gripping scene set amidst armed conflict in city streets, evoking images of the Warsaw ghetto uprising of 1943 or the siege of Sarajevo in the early 1990's. Out of the ruins walks a miracle not seen on earth for 18 years -- a woman and child, a black woman carrying her baby through a bombed out, war-torn building. The bullets cease to fly, the fighting stops, and silence descends. The sound of a crying infant throws the soldiers into confusion, then reverential, uncomprehending awe as they lower their weapons and stare in amazement at this woman passing by, so reminiscent of the Virgin and her Child.

I recall an incident from a later mission trip in Honduras, which encapsulates what I experienced in El Salvador. Along with a friend, we visited an orphanage run by the Missionaries of Charity. The moment we entered the courtyard, we were encircled by a pack of squealing children, leaping on us for hugs, tugging at our legs, grabbing our hands, looking for treats in our knapsacks. Rarely in my life have I experienced with such intensity the need and desire to love and be loved. In many ways I am a shy, reserved person, and as a priest have not had the experience of how one's own child elicits love from one's heart. But I was amazed at the flood of affection pouring out of my heart as I gazed into those beautiful tanned faces and black eyes, filled with hope and joy because they had some of the most caring substitute parents in the world, and they knew that they were loved. And there are people in our world that are indifferent and hostile to such love? What horrendous demonic darkness has corrupted our hearts and poisoned our minds, that we could even consider taking the life of one of these children, let alone implementing a system of mass murder against them. I confess that while writing this, my heart breaks and I could dissolve in a flood of tears, were I not in a public place.

Orphanages, a common sight in the global south, are for us in the affluent north
akin to 19th century sanitariums in the mountains of Europe -- institutions of limited historical relevance, now superseded by our social and technological progress, and permanently relegated to the past. Sharing with my friends in El Salvador about life in Canada and other countries, I once pulled out my dictionary to look for the Spanish word for "abortuary," trying to explain the inexplicable: how in our culture we have replaced orphanages with these dark Satanic mills.

Lest people misunderstand me, allow me to state emphatically that I too am responsible. Not that I have ever procured an abortion, but I am still responsible. As one of Dostoevsky's characters in The Brothers Karamazov exclaims, in a transport of joy in the grace of his own conversion, "We are all responsible for all." As human beings we are all in this together, to live or die. I have hardened my heart at times; I have failed to love; I have neglected my neighbour; I have helped to build the culture of death. I want to convey a message of hopeful and joyful repentance, the confession our collective guilt and the proclamation of God's infinite mercy. I am in awe of the mercy I have received, and I know beyond the shadow of a doubt that it is available to everyone on the face of the earth.

A picture of redemption in the prophet Zechariah is fitting for our times as well, as we hear the prophesy about the restoration of Jerusalem, "Old men and old women, each with staff in hand because of old age, shall again sit in the streets of Jerusalem. The city shall be filled with boys and girls playing in her streets. Thus says the Lord of hosts: Even if this should seem impossible in the eyes of the remnant of this people, shall it in those days be impossible in my eyes also, says the Lord of hosts?"

Living as I do now in downtown Ottawa, I feel deprived at times of this vision of hope. I lament with the psalmist: "I can see nothing but violence and strife in the city. Its streets are never free from tyranny and deceit . . . O that I had wings like a dove, so I would fly away and take refuge in the wilderness." Forty-five minutes southeast of Ottawa, amidst fertile plains of corn fields and pastures with grazing cows, lies the town of Russell, with schools and playgrounds filled with children. A refuge from the city, it is a haven for those seeking a simpler lifestyle, dedicated to raising their families. People marry younger and have more children than their counterparts in the city. (Residents even joke that there is something in the water which makes couples more fertile). Many of the families there remind me of the human warmth I experienced in El Salvador. When I visit some of them, as we are enjoying a leisurely moment after dinner, I contemplate their children with peace and contentment. Because there are still children in the world, there is hope for all of us. We can all unveil and recover our deepest identity as beloved children of God.

In Scripture, the Jews sent into exile in Babylon were commanded to hope, to marry and raise children. Their children's children eventually re-populated Jerusalem. The same can happen in our times. Those raised in the humble and hidden shires of life, the monasteries of the dark ages, those schools of love called families, will be sent back into the world, as seeds of a civilization of life and love. Does it seem impossible for you? "Even if this should seem impossible in the eyes of the remnant of this people, shall it in those days be impossible in my eyes also, says the Lord of hosts?" Never, for all things are possible with God.