Home � culture , Elishama � Canada is going to Pot, should you?

Canada is going to Pot, should you? 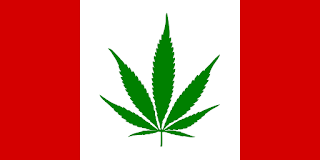 On October 17, 2018 Canada removed a 95-year old prohibition on cannabis, becoming only the second nation – after Uruguay – to fully legalize marijuana for recreational purposes.

Pope Francis — at the 2014 International Drug Enforcement Conference in Rome — spoke strongly against the legalization of drugs for recreational purposes. In 2017 the Canadian Conference of Catholic Bishops called the Liberal government’s decision to legalize marijuana “unwise” and “potentially dangerous.”

But now that marijuana is nonetheless legal in Canada, is it morally permissible for a Catholic to use it?

If one is talking about medical use – which has been permitted in Canada since 2001 – if prescribed by a physician, under proper controls and for a legitimate medical condition believed to be helped by it, then, yes, it is morally permissible. Recreational use however is an entirely different matter.

The law is a teacher and helps to establish social mores. As such, legalization sends a message to many people, especially to those who are impressionable, that recreation use of pot is morally acceptable.

Many people think the Church is against the use of marijuana because it was illegal. But this is not true. The Catechism of the Catholic Church says: “The use of drugs inflicts very grave damage on human health and life. Their use, except on strictly therapeutic grounds, is a grave offence” (No. 2291).

While marijuana may not have as damaging effects as harder drugs like methamphetamine, heroin or cocaine, it does create a temporary impairment of the mind, and regular use may risk detrimental long-term effects to the brain.

Recreational pot consumers use cannabis to induce themselves into a state of euphoria. Their intent is to get “high” and to alter their consciousness. This entails an alteration of their perceptions and faculties of cognition. Since human cognition is a precondition for making any decisions, to impair our cognition means impairing our ability to make proper choices.

Even when we are habitually predisposed to acting well, we know that consistently doing so is still a demanding task. We face temptations from within, in the form of unruly emotions and desires, and from without, in the form of alluring but spiritually and morally destructive activities and the inducements of less conscientious persons.

So when we are stoned, it is even more difficult to make good choices, like behaving modestly, treating members of the opposite sex with dignity and respect, refraining from inappropriate speech, avoiding potentially dangerous activities (like driving stoned), eating and drinking moderately, being faithful to one’s daily prayer.

And so the Church’s official position will always be against the recreational use of any mind-altering drugs. As with all her moral teachings, the Church seeks guidance from Revelation (as found in Scripture and Tradition) but also appeals to reason reflecting on what it means to be a human being and what type of actions fulfil or frustrate the teleology of our human nature.

The Bible does not directly address “getting high” but it does speak about drunkenness. Saint Paul admonishes, “Do not get drunk with wine, for that is debauchery; but be filled with the Spirit” (Eph. 5:18) and calls us to “live honourably as in the day, not in revelling and drunkenness” (Rom. 13:13).

The same moral assessment on drunkenness can be applied to getting high. Getting high, like drunkenness, is objectively wrong. It temporarily diminishes our ability to think clearly and weakens our resolve to act properly.

The Catholic moral tradition teaches that for human beings to flourish we must think and act in accordance with God’s design and right reason. If any activity undermines or degrades our rational capacities, we have moral obligation to avoid that activity.

Intoxication of any sort impairs our consciousness, makes us less receptive to carrying out God’s will, and lends to conduct unbecoming of a human being and a Christian.

But alcohol is different from marijuana in that alcohol can be used in moderation; in other words, without getting drunk. The Catechism of the Catholic Church points to the key principle here applicable, that of temperance. “The virtue of temperance disposes us to avoid every kind of excess: the abuse of food, alcohol, tobacco, or medicine” (#2290).

By using alcohol temperately, it can have its intended effect of raising one’s spirits without altering one’s level of consciousness. Alcohol may represent a temptation to abuse – and in fact its misuse has caused untold harm to individuals, families and society – yet with moderation alcohol can be used in a morally responsible manner.

But unlike taking a glass of wine to relax, recreational use of marijuana is for the sake of getting stoned. It is true that you could ingest a miniscule amount of the THC in cannabis and not impair your reason but, talking realistically, who actually does that? People don’t do marijuana in order to stop after a mild buzz. They smoke or consume it with the intention of getting high. And a high is very easy got. Its mind-altering effects are felt almost immediately upon use.

So even though Canadian law may sanction the use of marijuana in order to get high, it still remains objectively morally wrong.

Freedom does not mean doing whatever we want as long as the law permits it. True freedom means exercising our human abilities in order to reach our intended God-given potential.

The effects on our physical and mental health of prolonged marijuana use are still being investigated and debated but there does appear to be potentially detrimental effects on intellectual ability and mental health, especially with long-term use from a young age.

The Catholic Church teaches that life and physical health are precious gifts entrusted to us by God and that we must take reasonable care of them.

As Archbishop Terrence Prendergast recently said: “Our bodies are ours to use, but we have to account one day to the Lord as to how we took care of them and what we did with them…. To steward our bodies well, we should abstain from substances that impair our decision-making and that harm our health. That includes cannabis.”

Or as St. Paul puts it in 1 Corinthians: “Do you not know that your body is a temple of the Holy Spirit, who is in you, whom you have received from God? You are not your own; you were bought at a price. Therefore, honour God with your body” (6:19-20).