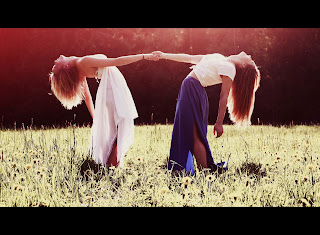 Back in 2012, the movie Laurence Anyways won the Best Canadian Feature Film prize at the Toronto International Film Festival. Laurence Anyways is a boy-meets-girl movie that becomes a boy-IS-girl who likes girl-who-still-likes-boy/girl, movie. Such a story is certainly today’s fodder for romance, but it makes me wonder if the romantic comedy storytellers will get things wrong, again.

In the previous century, we had stereotypical depictions of men as cool cats and women as domestic sirens while seeing surreal family bliss, until it was time for cynical family bliss. Yahr puts it rather bluntly. The generation gap led to a new awakening regarding rom-coms. “Mostly, I think we just got tired of living the baby boomer fantasy of ideal romantic love, propagated in large party by the society’s unprogressive cultural expectations regarding gender roles.” True. The fact remains that when movies and television were sending rom-com messages about what love should look like when dating, marrying, and raising a family, many of us who dated, married and raised a family in real life realized that this fantasy life was completely wrong.

Sadly, pure romantic fantasy still fuelled expectations about romance and led many to re-create their lives, thinking that the fluid, subjective desire of fantasy “romance” was the glue missing in their marriages. So their marriages became unglued, much like the baby boomers themselves, who are now depicted in movies like The Way, Way Back. Sadly, not much fantasy in that movie.

Culturally though do we ever get any smarter? At some point, we all have to get real. So you have to wonder at the purpose the movie industry had in creating a false version of marital bliss, only to tear it down for its fakeness, let alone flakiness.

Rom-coms were fun fantasy that left us pining for rainbow coloured unicorn kittens so to speak. As a twenty-something in the 80s looking for love, I can tell you no man had a chance. But neither did I, because what I was really looking for had more grit, more compromise and more forgiveness in a love with staying power.

Enter today’s new scripts: love in the gay, lesbian, transgendered, transsexual, inter-sexed, questioning, etc. lifestyles. More of these movies have come out since 2012, and more to come. Will these stories challenge us because they are real, or because they are not? I suspect the only thing that won’t change is that depictions of their lives, dating and marriages will be wrong too.

They use velvet ropes at film festivals. They use them to hang the culture too.