Why do intellectuals venerate a sado-masochistic, suicidal drug addict? 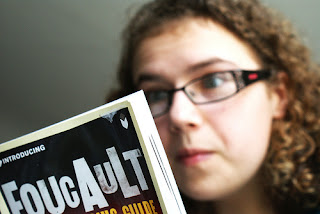 If Michel Foucault had been a brilliant physicist whose theories revolutionized our views about nature, then perhaps it would be irrelevant—and even churlish—to question his status as an intellectual icon based on his moral character. However, Foucault was probably the most influential philosopher of the late twentieth century, and what many intellectuals today find so exhilarating about his philosophy is that it provides moral guidance. His views have profound political, social, and ethical implications.

As I demonstrate in my new book, The Death of Humanity: And the Case for Life, Foucault was one of many prophets of the death of humanity. Indeed, he argued forthrightly that the Nietzschean death of God—in which he gloried—entailed the death of humanity. He wrote, “Was not the death of God, in fact, revealed in a doubly murderous act that, at the same time that it put an end to the absolute, assassinated man himself? Because man, in his finitude, is inseparable from the infinite, which he both negates and heralds. The death of God is accomplished through the death of man.”

So, why would anyone look to a death-obsessed, sado-masochistic, suicidal, drug addict for moral guidance? The most radical Foucauldians may have such deadened consciences that they see nothing wrong with Foucault’s lifestyle. Indeed, they may exult in the free-wheeling, anything-goes, in-your- face amorality that Foucault epitomized. However, I suspect that not all of Foucault’s admirers are comfortable with his penchant for death, sado-masochism, suicide, and drug addiction, so why would they pay him homage?

Some might object that Foucault’s moral failings have nothing to do with his philosophy. This is the same approach some disciples of the famous German philosopher Martin Heidegger have taken toward his enthusiasm for Hitler and Nazism. They argue that Heidegger’s political commitments were completely independent of his philosophy. However, in Foucault’s case, this would be completely mistaken, because his philosophy was a way of coming to terms with his moral choices, and he often discussed sado-masochism, suicide, and drug use. They were not deep, dark, hidden secrets that plagued him and that he struggled against; rather he gloried in them, and they informed his philosophy.

These issues were not tangential, either. One of Foucault’s biographers, James Miller, argues that Foucault “had long placed death—and the preparation for suicide—at the heart of his concerns.” Not only did Foucault attempt suicide multiple times as a young man, but he discussed suicide in many of his writings, always glamorizing it. Near the close of his life he stated that we must “teach people that there is not a piece of conduct more beautiful or, consequently, more worthy of careful thought than suicide. One should work on one’s suicide throughout one’s life.” In a 1979 essay he proposed holding “suicide-festivals” and “suicide-orgies,” and another time he told an interviewer that if he won a huge lottery, he would set up an institution for anyone (not just the terminally ill) to come commit suicide, perhaps after seeking pleasure in drug use.

If suicide and death profoundly shaped his thinking, so did his sado-masochism. Foucault was a zealous disciple of the Marquis de Sade (from whom the word “sadism” derived), scorning anyone who was not conversant with Sade’s brutal perspective. Sade was so important to Foucault’s philosophy that Miller calls Foucault’s worldview “Sado-Nietzschean.” In search of intense pleasure, Foucault exulted in sado-masochistic sexual encounters.

Foucault admitted that his goal in life was to seek extreme pleasure, and he hoped that he would die from an especially intense episode of euphoria. In search of this pleasure, he regularly used mind-altering drugs, such as pot, hashish, opium, LSD, and cocaine. He described his first LSD trip in 1975 as the greatest experience of his life. In 1983 he stated, “Some drugs are really important for me because they are the mediation to those incredibly intense joys that I am looking for.”

Foucault’s claim that truth, including moral truth, is created, not discovered, was an attempt to normalize his own transgressions. His insistence that knowledge, such as what constitutes insanity, was socially constructed and fluid, justified his use of mind-altering drugs and his infatuation with suicide. (But alas, he found out too late that AIDS was not socially constructed). He defined his own psychological problems as non-problems, even turning the tables by accusing those who defended present social and moral norms as being power-hungry elitists bent on dominating everyone else.

Yet ironically, it was Foucault who promoted domination and violence, as long as it was directed against the hated status quo. When the progressive intellectual Noam Chomsky debated Foucault in 1971, he was shocked, stating afterward, “I felt like I was talking to someone who didn’t inhabit the same moral universe.” In that interview Foucault agreed with Chomsky about the necessity for revolutionary violence, but he went much further than Chomsky, stating, “When the proletariat takes power, it may be quite possible that the proletariat will exert towards the classes over which it has just triumphed, a violent, dictatorial, and even bloody power. I can’t see what objection one could make to this.” Contra Foucault, I can think of many reasons to reject violence, dictatorship, and bloodshed.

This was not just a slip of the tongue, either, for when debating Maoists, whom he thought were not radical enough, Foucault objected to their desire for revolutionary tribunals, because he did not want anything restraining the violence of the mob. When the Ayatollah Khomeini revolted against the shah of Iran, Foucault was excited. He met with Khomeini,travelled to Iran, and enthusiastically supported the Iranian Revolution (until it became the oppressor).

The key to understanding Foucault, I think, is that he was motivated more by hatred for bourgeois society and its norms than by love for the oppressed. Gary Gutting, editor of The Cambridge Companion to Foucault, claims that Foucault’s hatred for bourgeois society “gives power and intensity to his prose,” but also leads him to serious misunderstandings about its institutions.

However, it seems likely that Foucault himself is badly misunderstood by some of his supporters, many of whom probably don’t exult in mob violence, dictatorship, sado-masochism, suicide, and drug addiction. At the end of his biography, Miller claims that many academics mistakenly view Foucault as the patron saint of their progressive political and moral views. Many American progressives, however, want a society committed to compassion, and this is not what Foucault preached. Miller concludes, “Unfortunately, Foucault’s lifework, as I have come to understand it, is far more unconventional—and far more discomfiting—than some of his ‘progressive’ admirers seem ready to admit. Unless I am badly mistaken, Foucault issued a brave and basic challenge to nearly everything that passes for ‘right’ in Western culture—including nearly everything that passes for ‘right’ among a great many of America’s left-wing academics.”

Surely many progressives delight in Foucault, because he is an ally in their rejection of Judeo-Christian sexual mores, in their hatred for authority, and in their opposition to the political and economic elites. However, how many of them would want their children to become sado-masochistic, suicidal drug addicts?

Richard Weikart is professor of history at California State University, Stanislaus, and author of The Death of Humanity: And the Case for Life; and a forthcoming book, Hitler’s Religion. 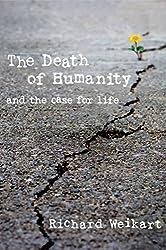 What is this world coming to? Some zoos around the world have put humans on display. A University of Texas evolutionary biologist received a standing ovation after telling his audience he hopes that ninety percent of the human population will perish through ebola. Physicians in Switzerland are killing “suicide tourists,” even when they are neither sick nor in pain. Some bioethicists are promoting “after-birth abortions.” These are just a few shocking examples of the dehumanizing tendencies that permeate Western culture today.

In this book Weikart explains how secular ideologies have undermined the Judeo-Christian sanctity-of-life ethic. He shows the harmful consequences of this and demonstrates the poverty of secular alternatives to the Christian vision of humanity. Finally, he defends the sanctity of human life, addressing suicide, abortion, euthanasia, eugenics, and transhumanism. 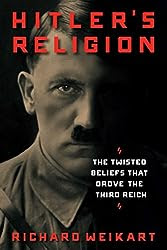 Upcoming: November 2016. For a man whom history can never forget, Adolf Hitler remains a persistent mystery on one front—his religious faith. Atheists tend to insist Hitler was a devout Christian. Christians counter that he was an atheist. And still others suggest that he was a practicing member of the occult.

None of these theories are true, says historian Richard Weikart. Delving more deeply into the question of Hitler's religious faith than any researcher to date, Weikart reveals the startling and fascinating truth about the most hated man of the 20th century: Adolf Hitler was a pantheist who believed nature was God. InHitler's Religion, Weikart explains how the laws of nature became Hitler's only moral guide—how he became convinced he would serve God by annihilating supposedly "inferior" human beings and promoting the welfare and reproduction of the allegedly superior Aryans in accordance with racist forms of Darwinism prevalent at the time.